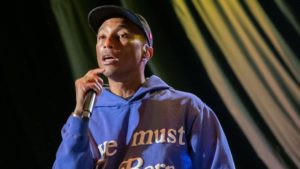 Prosecutors, the Associated Press reported, said the police officer was justified as he was protecting himself and others after Lynch loaded a round into the chamber of his gun  and aimed his weapon toward a parking lot that was filled with numerous people and police officers.

“There were numerous people in that parking lot when Officer Simmons saw Mr. Lynch starting to come up with the firearm,” Virginia Beach Commonwealth’s Attorney Colin Stolle said. ”So it is not only just whether the weapon was pointed at Officer Simmons. It was also—are the people in the parking lot at risk?”

The 25-year-old Lynch, who hailed from Virginia Beach, was an offensive lineman for the University of Virginia’s College at Wise in 2017 and 2018. He graduated in 2019.

Lynch’s father has filed a wrongful death lawsuit against Simmons and the city of Virginia Beach for $50 million for failing to train its officers.

The shooting took place at the Oceanfront earlier this year during a chaotic night. Police were investigating three shootings that took place that night Lynch and a friend were running into their cars when Simmons “immediately, unlawfully and without warning” fired his gun twice, according to the lawsuit filed on Lynch’s family’s behalf.

Police said Lynch was “brandishing” a handgun, something the Lynch family and a witness deny. Attorneys said the officer knew who Lynch was because he was a 6’5” 305-pound and a former offensive college lineman in addition to being Williams’ cousin.

As for the superstar singer-producer, according to the Associated Press, the Virginian-Pilot reported that Williams wrote a letter to city officials last month stating that he won’t bring his Something in the Water music festival back to the oceanfront, “partly because of how the city handled the investigation into his cousin’s death.”

Avant Home Invasion May Have Been Targeted Attack