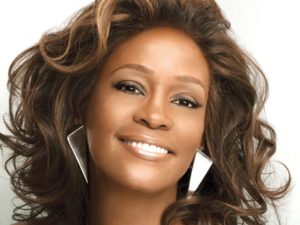 ABC is bringing a brand new flavor to television screens this summer.

Superstar— a new one-hour documentary series which is set to premiere on August 11 at 10 p.m.—  provides footage the public has never viewed or known about celebrities who played a role in shaping American lifestyle, beginning with Whitney Houston, according to the network.

Superstar draws perspectives from family and friends who are equipped to reveal the ebb and flow of fame, not just the glamourous angle of basking in the glow of the spotlight.

“We decided to focus on icons who have tremendously impacted our culture,” David Sloan, who is senior executive producer of network primetime content, said.

The fresh series will provide a glimpse of Houston’s never-before-seen private video footage while showcasing her, in addition to archived ABC News interviews of Houston, and the late singer’s husband, Bobby Brown.

“They have complex backstories with many layers and perspectives to explore. In this series, we aim to update the current public narrative surrounding each of these celebrities — the light refracts differently through these stories now that years have passed since we lost them.”

In 2012, a coroner determined that Houston —who remains regarded as a top vocalist— drowned in a bathtub accidentally, although drug paraphernalia was located near the scene, ABC News reported.

Kobe Bryant—who died in a helicopter crash in 2020— is another African-American feature who will be showcased in the series after Houston. Producers of ABC News’ and “Truth and Lies” series and “20/20” are leading the charge to offer a different perspective through Superstar, according to The Hollywood Reporter.

“A documentary-style format” will be utilized to explore “true-crime stories and investigations.”