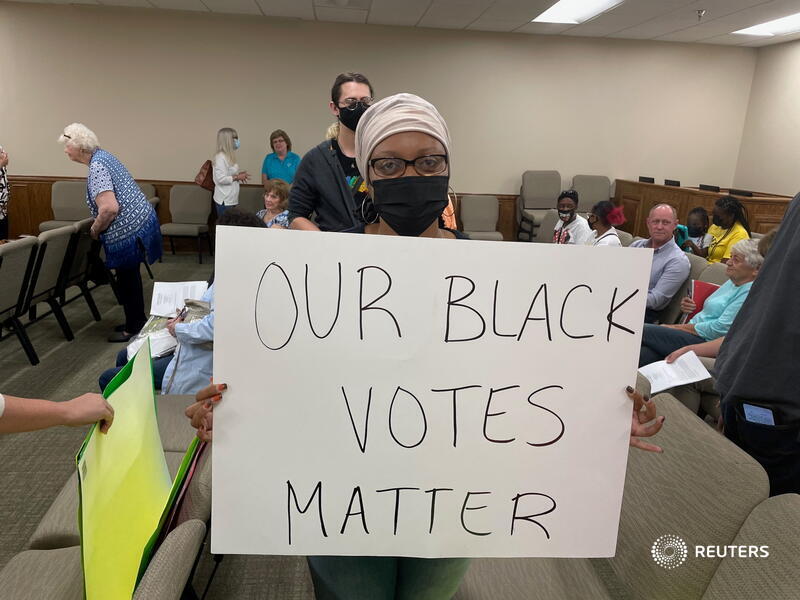 
The first dominoes of the elections restrictions bill Georgia Gov. Brian Kemp signed has fallen as the Spalding County Board of Elections disallowed early voting and replaced the previous Democratic majority of three Black women and its Black elections supervisor.

The Spalding County Board of Elections disallowed early voting on Sundays for last month’s municipal election and replaced the board’s previous members which included three black women and a Black elections supervisor.

According to Reuters, the board’s new supervisor has supported former President Donald Trump‘s false election claims. The Spalding board is one of six boards Georgia Republicans reorganized in recent months through similar county-specific legislation.

The restructurings in Georgia are part of a larger national effort by Republicans to take control over the election administration in the wake of Trump debunked voting claims and more than 45 failed lawsuits. Florida, Texas, Arizona and other Republican-led states have passed similar bills.

Democrats meanwhile believe Republicans are trying to take control of election administration functions that are typically partisan and it could lead to widespread voter suppression and put Republicans in control of certifying election results along with recounts and audits.

Trump supporters are also running for positions of power including Secretary of State in battleground states and are working to discontinue bipartisan election commissions.

The changes have expanded the Republican party’s power over choosing members of local election boards heading into the 2022 primary elections and could be trouble for Democrats in the state including voting rights advocate Stacey Abrams who announced a second run at Georgia governor.

The contest could prove pivotal in determining which party controls Congress after the midterms. Adding to the situation is the fact that David Perdue, a Trump-backed candidate who lost a 2020 Georgia Senate election to Rev. Raphael Warnock, is running against Kemp in the primary.