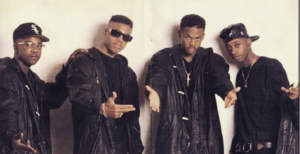 Jodeci is making a comeback.

The collaboration formed two years after K-Ci signed on with the management group. He is currently working on a solo project.

“I’m excited for Jodeci to join P Music Group with Michael managing us,” K-Ci told Billboard. “We’ve come a long way. It’s a blessing to be back together and give our fans what they’ve been asking for.”

“Michael is a man with a plan, a vision and a mission,” Mr. Dalvin expressed. “We’re looking forward to a great partnership.”

Paran revealed that the bandmates reconciled during the pandemic, which prompted the reconciliation.

“During the pandemic, the guys started reaching out to each other and began talking about reuniting. They’re ready to build something new, done the right way without continuing the missteps of the past. I want to be long-term with them and help them show the world that they’re back to begin a whole new era.”

Jodeci was formed in 1989 in Charlotta, North Carolina. The quartet consisted of two sets of brothers– K-Ci and JoJo Hailey and Dalvin and DeVanté DeGrate. The men first emerged on the gospel circuit. They belonged to a Pentecostal church where Dalvin and DeVanté’s dad was a preacher. The group made their way to New York, where a meeting with the late Andre Harrell of Uptown Records changed their lives.

According to Billboard, Jodeci was inducted into the North Carolina Music Hall of Fame.

The group’s official website teased that new music would be dropping soon.

Paran said, “With everyone sitting out for the last 18 months, there’s a lot of pent-up demand for music that takes people back to happy times like when they first heard records from artists like Charlie Wilson and Jodeci. That never goes away.”